Selling three million dollars-worth of flip flops in 1993 was certainly means enough to support the surf lifestyle for Reef founders, Fernando and Santiago Aguerre. But they had their minds set on higher aspirations. With the goal of creating an internationally recognized brand, they enlisted the support of Concept 21 to expand their business.

The team began by increasing the quality of Reef’s flip flop line. At the time, all of their products were built in a Brazilian factory filled with polypropylene webbing trimmings that were susceptible to combustion caused by a a miss-calculated deposit of ash from any one of the hundreds of cigarettes being consumed by nearly all of the factory workers. Despite these somewhat unsafe conditions, this factory had a webbing loom that was capable of producing custom designs, and is attributed to the unique weaving style that Reef became known for.

During the course of their five-year relationship, Concept 21 lead the design process for all products, and introduced many new sandal styles to the market. One sandal in particular became known as one of the most innovative sandals the market had seen: “The Convertible” utilized a quick-release heel strap allowing it to function as a slipper or a technical sandal. 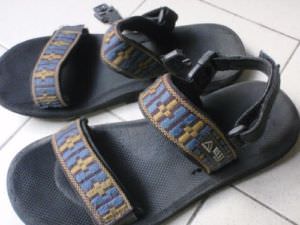 Concept 21 also helped address some of the growing pains the brand felt as it grew out of it’s retail sales spaces. At the time, most of the stores that Reef sold their products in were surf shops that were used to selling surfboards. This generally meant that the stores had little infrastructure to handle backstock, nor the ability to display footwear product. The solution that Concept 21 helped devise to address the issue was the “Money Tree”, a free standing and self-serving point-of-purchase display capable of holding 144  pairs of sandals.

Eventually, the brand expanded beyond solely sandal design, and decided to introduce a line of shoes to help diversify their product offering. Concept 21 designed, developed, and produced this new shoe line. Strategically positioned, these shoes targeted the surfing niche, rather than the skate industry, as many of other competitors had exclusively appealed to. 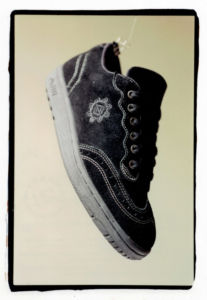 During the five years of their engagement, Concept 21 helped the brand reach $70 million in annual sales and developed a lasting relationship with the brand’s founders.